Plan Ahead: What’s the Best Time of Year to Visit Benahavis, Spain? 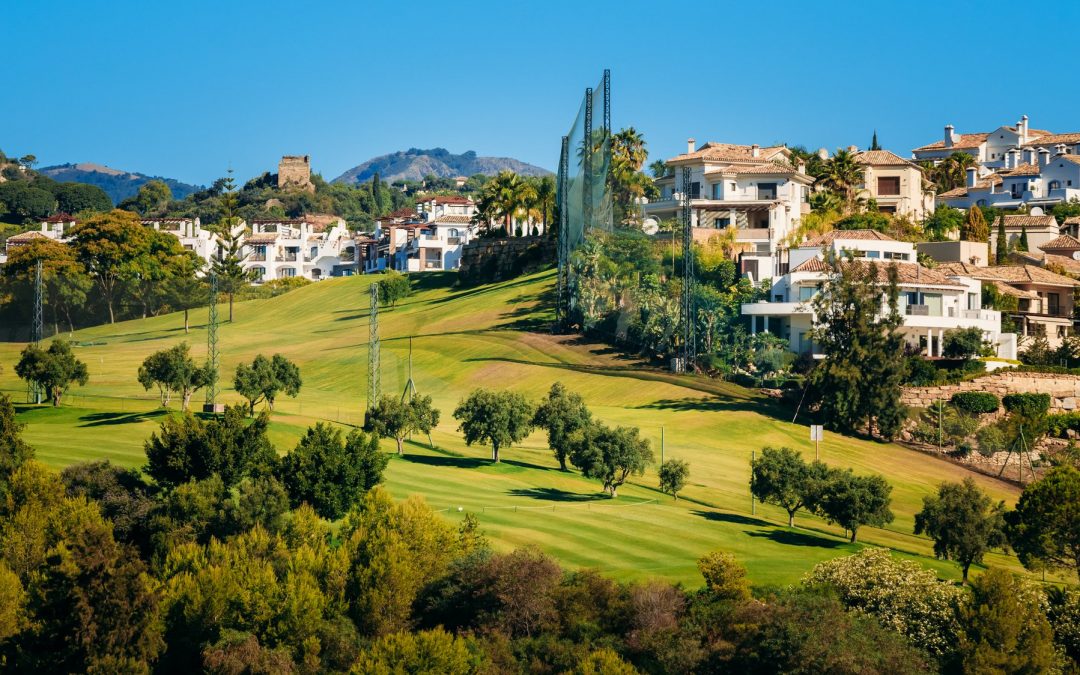 Did you know that, after France, Spain is the second most visited country in the world?

With close to 60 billion euros in international tourism expenditure in 2016, tourism to Spain shows no signs of slowing down. Situated close to the scenic Costa del Sol, Benahavis is one stop you won't want to miss on your trip abroad.

But you can't plan a trip to Benahavis, Spain without knowing the best time of year to visit. Depending on the weather you're looking for - and how many tourists you can deal with - you'll have to plan accordingly.

We've broken down all the major seasons in Benhavis so you can plan your trip right. Keep reading to learn more about this destination.

The inland town is often called the dining room of the Costa del Sol, which runs along the Mediterranean Sea. It's a mountainous village with stunning views of the Sierra de las Nieves. Yet it's still in close proximity to coastal towns such as Marabella, Puerto Banus, and Estepona.

Benhavis is home to narrow and winding streets and whitewash buildings typical of its Moorish roots. The village itself and the surrounding area boast tons of history and prestigious attractions. Whether you come as an individual, a couple, or a family, there's a time of year for everyone with lots of attractions to explore.

The Best Times to Visit Benahavis

The best time to visit Benahavis, Spain depends on what you're looking for. The village falls under a sub-tropical Mediterranean climate, so summers are hot and winters are relatively warm and mild.

When temperatures drop in the winter months, there are fewer tourists to meander your way through. And if you can't picture your Spanish holiday without hot weather, then be ready to brave the crowds.

We'll tell you what to expect in each season. Read more below.

Between September and November, the weather in Benahavis is great for touring around the scenic village. The daily high ranges between 63 and 80. Combined with the humidity and wind, the temperatures feel mild to moderate.

The only problem with the weather at this time of year is the precipitation. It rains anywhere from 3 to 5 days per month, on average.

This season is the least busy in terms of tourists. Meaning, you can enjoy the mild weather along with much smaller crowds. It also means your accommodations will be less expensive than they would at almost any other time of year.

The coldest temperatures in Benhavis occur during the winter months. The average high between December and February ranges from 60 to 64. This is also the wettest season in Benahavis - with an average of 5 to 7 rainfalls per month.

Though the temperatures drop during this season and the chance of rain increases, this season has fewer tourists and lower costs.

Between March and May, the humidity returns to Benhavis to make for moderate temperatures. Temperatures in March average around 63 and, as the season approaches May, temperatures can reach as a high as 76.

The season begins with the windiest month of the year (March) and ends with the lowest precipitation of the entire year. The humidity reaches as high as 61.4% in the most humid month (May).

The best part about March to May is that you'll see far fewer crowds than the coming summer months. Although it's the second busiest time of year for tourism, you get all the good weather without the high costs and huge crowds of June through August.

The peak season in Benhavis runs from June through August. High season means high temperatures and high numbers of tourists. It also means you'll be paying the highest prices for flights, accommodations, and tours.

But if hot weather is what you're after, the hottest time of year is the month of August. The average daily high is 85 and it rarely drops below 71 at nighttime. June, July, and August also have very low chances of precipitation.

What to Do in Benhavis

There's something for everyone in this scenic village and its surrounding area. No matter what time of year you're headed to Benahavis, Spain, check out these must-see attractions.

Benhavis was founded by the Moors at the end of the 11th century. As such, this ancient village has much to offer in terms of historical site-seeing.

Be sure to head into the center of town to visit the 18th century Virgen del Rosario church. There's also a must-see 16th-century palace and the 10th-century Castle of Montemayor. From there, you have the most wonderful view of up to 100 km of the Mediterranean seaboard and African coast.

Dubbed the dining room of the Costa del Sol, Benahavis and the surrounding area has many premiere places to eat. There's a dining experience to suit every budget and you can choose anything from traditional rice and meats to indulgent seafood.

If your vacation isn't complete without a round of golf on a beautiful course, then Benhavis is the destination for you. There are 9 courses to suit various skill levels in the area surrounding Benhavis. These include Montemayor Golf, Marbella Club Golf, Los Arqueros Golf, Benahavis Golf Club, Atalaya Golf, La Zagaleta Golf, Los Flamingos Golf, La Quinta Golf, and El Paraiso Golf.

Benhavis is a must-see destination for solo travelers and families alike. With annual lows in the 60s, December through to May bring fewer tourists but colder temperatures. For the best chance to site-see and enjoy a warm, dry vacation, head to Benhavis from June through to September - just remember you'll be braving larger crowds in the summer.

When you're ready to start planning your trip, there's even more to know. Check out our blog on all things Spain and know before you go.

This website uses cookies to improve your experience while you navigate through the website. Out of these, the cookies that are categorized as necessary are stored on your browser as they are essential for the working of basic functionalities of the website. We also use third-party cookies that help us analyze and understand how you use this website. These cookies will be stored in your browser only with your consent. You also have the option to opt-out of these cookies. But opting out of some of these cookies may affect your browsing experience.
Necessary Always Enabled
Necessary cookies are absolutely essential for the website to function properly. This category only includes cookies that ensures basic functionalities and security features of the website. These cookies do not store any personal information.
Non-necessary
Any cookies that may not be particularly necessary for the website to function and is used specifically to collect user personal data via analytics, ads, other embedded contents are termed as non-necessary cookies. It is mandatory to procure user consent prior to running these cookies on your website.
SAVE & ACCEPT