Have you always been fascinated by Spanish culture? If you have a big vacation coming up or if you are looking for the perfect place to buy a rental property, you can’t go wrong with Spain.

But, don’t get caught up with the thrills of Barcelona. There’s so much more to this wonderful country than that one city.

If you want to get the real essence of Spanish life and culture, consider traveling to southern Spain. You’ll find warmer weather, fewer tourists, and amazing sites.

But what cities should you check out? Keep reading to discover the top 10 destinations in southern Spain.

Alright, so we’ll start off this list with one destination that may sound familiar. Seville is one of the more popular cities in southern Spain and the capital of the Andalusia region.

You’ll find some of the best tapas here, as well as breathtaking gothic architecture. In fact, the Seville Cathedral is the largest gothic cathedral in the entire world! This is the place to be if you want to feel engulfed by grandeur buildings and architecture.

If you still want more history and architecture, we have good news. Located just 80 miles from Seville is Cordoba.

Here you’ll find Islamic architecture with a unique twist. Roman, Jewish, and Christian influences can all be found as well. Perhaps the best example is La Mezquita. This once mosque was turned into a cathedral and showcases some unique design elements.

Head over to Cordoba’s Alcazar for some more history. This palace is where Christopher Columbus met with King Fernando before his famous voyage to America.

Do you want to explore a 13th and 14th-century fortress turned palace? Granada is famous for its UNESCO World Heritage site, the Alhambra.

The beauty starts from the outside as you’ll see courtyards and gardens surrounding the property. Of course, the interior is just as breathtaking. There are mosaic tiles, hand sculpted fountains, and carved arches as well as two museums filled with precious relics and artwork.

Alright, so all these historic towns sound great. But where do you go for a little sun and sand?

Marbella is a coastal town full of resorts. You can enjoy the delectable cuisine, relaxing spas, and, of course, sunbathing on the beach.

What makes this town really stand out is its luxury appeal. Marbella has been a favorite destination for celebrities and the wealthy, so you’ll see stunning mansions and hotels along the waterfront.

If you want to get a taste of the traditional culture of the Andalusia region, Jerez de la Frontera is a top destination.

This city is the in the heart of the Spanish horse culture. You can learn more through the Royal Andalusian School of Equestrian Art who put on events and shows throughout the year. Of course, there is also an annual horse fair which is a huge draw.

Jerez de la Frontera is also known as the city that invented flamenco dancing! So, grabbing a glass of their fortified sherry wine and catching a traditional flamenco dance can’t be missed.

While many destinations in southern Spain are picturesque, photography enthusiasts may take a special interest in Cadiz. This city is full of whitewashed buildings which overlook the water.

Of course, there is also plenty to do. Cadiz is considered western Europe’s oldest continuously inhabited city, so there are tons of historical monuments and buildings. When you’ve soaked up all the history, grab dinner at one of the many restaurants with an ocean view.

Who says you need to hit the Caribbean to experience paradise? Southern Spain has its own little slice of heaven in the Balearic Islands.

You can sunbathe on the soft sand beaches, ride on a yacht, go canoeing, explore a cave, take a hike, go horseback riding, and so much more. Each island has its own unique flavor, so be sure you do some research beforehand to find out which is best for you. Or, better yet, spend a few days island hopping and see for yourself!

We’ve all heard of Pablo Picasso, but did you know he was from Malaga, a city in the south of Spain? Visiting the birthplace of a world-famous artist is probably enough to draw any art enthusiast in, but there’s more here than that.

There are several museums that are sure to keep you busy for days as you gaze at the inspiring artwork. There’s also a theater where you can see performances, like ballet or traditional flamenco dances. Of course, there’s also a beach which offers endless hours of entertainment for the whole family.

Are you looking for a little more adventure? If you’re considering buying property in southern Spain, you may be worried that you’ll never get the refreshing experience of snow.

The good news is that you can get the best of both worlds in southern Spain. The temperature stays mild all year and usually hovers in the mid to low 50s during the winter. However, the Sierra Nevada mountain range is tall enough to get that winter chill you may desire on occasion.

Mulhacen, the highest mountain in continental Spain, is located the Sierra Nevada making it easy to understand why this is one of the most popular ski destinations in Europe. Of course, this isn’t just a winter destination. When the weather warms up and the snow melts, this is a great location to go rock climbing, hiking, and mountain biking.

The city of Ronda has quite the impressive history under its belt. In the first century AD, Julius Caesar founded the city of Acinipo at this location, and you can still see ancient ruins of Acinipo about 20 miles outside the city.

It’s also believed that Ronda is where bullfighting originated, so be sure to tour the Plaza del Toros–one of the oldest bullrings in Spain. This location is also perfect for winemaking, so be sure to tour a winery or vineyard and sample some local wine.

Of course, there are picturesque spots where ever you look from cobblestone streets to steep cliffs overlooking mountains, so you won’t want to leave your camera behind.

Don’t let Barcelona overshadow all the other wonderful cities in Spain. Be sure to include some of these must-see destinations in southern Spain to your itinerary, so you can enjoy that lively Spanish culture and history.

Do you want to buy property in Spain? Take a look at our buying guide to get started. 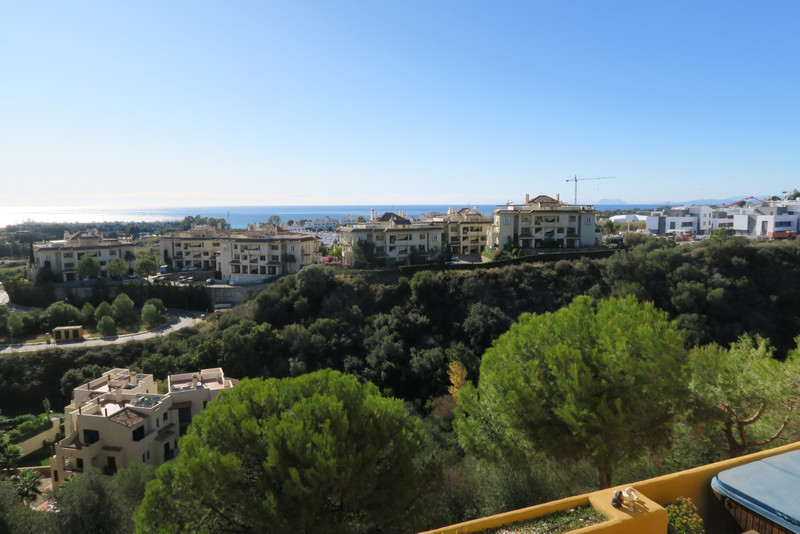 255 000 €Read more
This great apartment in Selwo is made for one who wants to enjoy what the coast have to offer. On the entry level floor you will find the main living area with 3 bedrooms and 2 bathrooms .From the livingroom and the mas...
3 2 122 m² 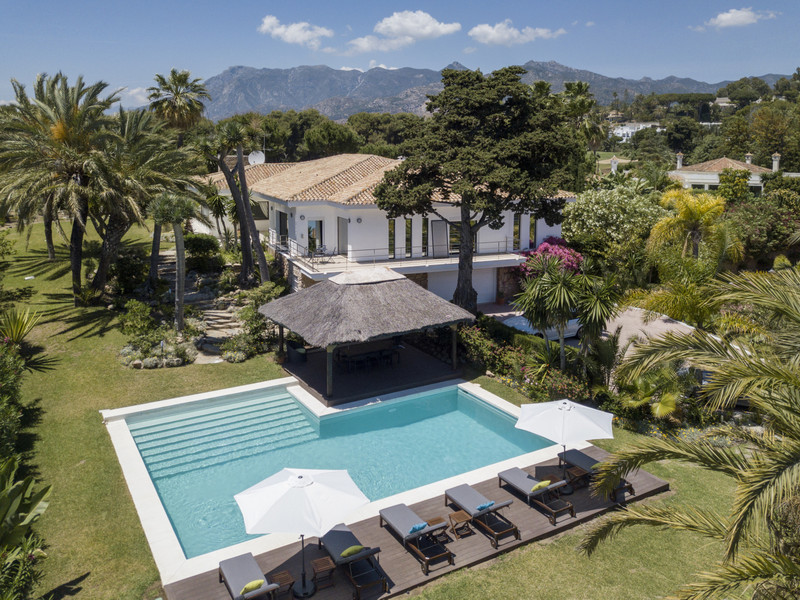 399 995 €Read more
An impressive 4 bedroom semi detached house in the village of Benahavis which offers many attractive features such as a private swimming pool, gymnasium and a bar/games room. Built over 4 levels, the distribution compr...
4 3 212 m² 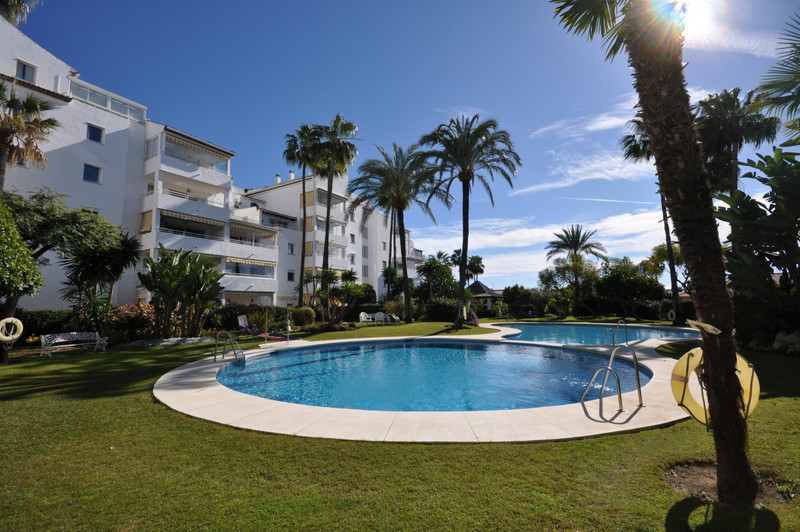 199 000 €Read more
Royal Nordic Club is an ideal location for those who are looking for an apartment close to all amenities. It has the appearance of a smart Apart-hotel with 24 hour reception, a gymnasium and Sauna, a large amount of quie...
2 2 176 m²